They do not fly, so it is enough to restrict their movement by land, in order to fully prevent escape attempts.

Amazing are the structural features and the behavior of these birds. They can be seen already after half an hour of observation, that is offered in "Ostrich-South".

Strong long legs to overcome the vast distances in the tall grass. The same long neck to search for food. Of course, in captivity they have little use all your skills as undeveloped convenient system of feeding. 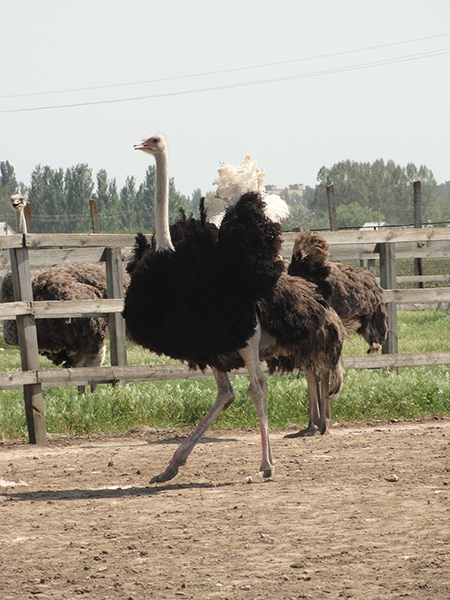 Interesting is the fact that black African ostriches, and many others - are polygamous. That is, a family consisting of a male and several females. Between brooding responsibilities are shared, giving guardianship laying females and males in the afternoon at night.

Despite the size - very shy owls. Often they throw their offspring, fleeing from predators. Although there are cases of violent defense nest. After hatching, a period of nursing, during which the population of the same family can count 30 species. 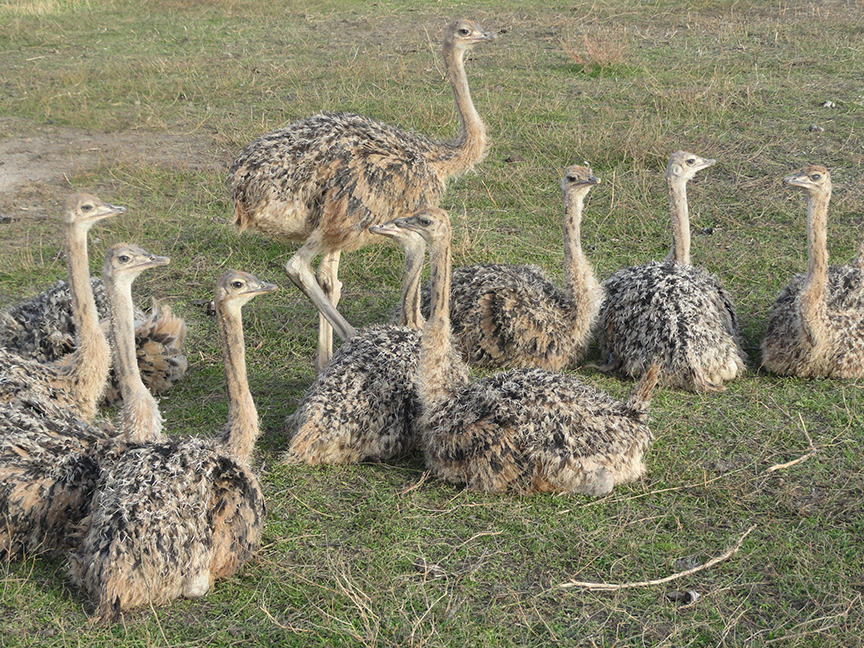 Seniors in turn stand guard watching over the situation, and as a month later the chicks can reach speeds up to 50 km / h becoming rustle any signal to a joint flight. Come and probably should let the magnificent creation in all its glory.